Power Rangers Supersonic is the sixth installment of the Power Rangers - The Next Generation saga based on the adaptation of Chikyuu Sentai Fiveman the 14th entry of Super Sentai series.

Many years ago there were a group of Power Rangers on the planet Xybria where the unthinkable tragedy happened when one betrays them to join the side of evil. Despite the fall of the Original Rangers, their powers were preserved by Gosei. One Year Later 5 new teens are chosen by Xybrian Native who is new to Earth to form the new Supersonic Power Rangers Team to combat this new evil mastermind with a sinister plan to corrupt chaos on earth the feed the energy for the power of the NegaWorld. 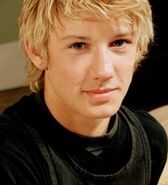 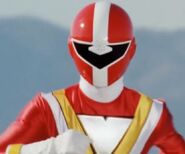 Retrieved from "https://powerrangersfanon.fandom.com/wiki/Power_Rangers_Supersonic?oldid=408196"
Community content is available under CC-BY-SA unless otherwise noted.