In this story, our heroes will fight using the powers...

During the times of the early humanity, 2 Meteorites with mysterious powers crashed on earth on two different corners...

When a evil force threatens the dimensions, a team of unlikely heroes...

The Super Sentai has protected the world from evil! These team of heroes...

Click here to learn about how to gain new user rights.

Featured Series of the Month

Power Rangers Triassic Storm is the featured series for December 2021. It was created by User:MP6.

When an ancient supernatural force reemerges to attack Blue Bay Harbor, the Dinojutsu Ninja Academy selects three students and two foreigners to use their hybrid powers of dinosaurs and ninjas. Together, as Triassic Storm Rangers, they need to save Blue Bay Harbor before it's too late.

Vote for this month's series.

Featured Series of the Year 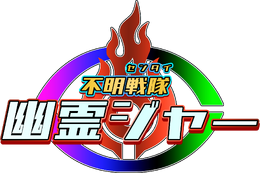 Fumei Sentai Yuureiger is the featured series for 2021. It was created by User:AyanariENG.

The Souls of the Living and the Dead, both balanced by Spirits known as "Yuurei Spirits" to prevent the disaster of the Living World and the Soul World mixing together. 1 Human, and 4 Spirits unite together to fight against the Yogasareta, who are planning to fuse the Human World and Soul World together and cause total havoc. The Human, Fumuki Kaihatsu, knew the consequences of what would happen if she doesn’t accomplish her mission and have her wish granted, so together, along with the Yuureigers, dash forward to fight and accomplish their goals together.

Join us on Discord!
Click here to find out more.


If you see this, your JavaScript might be disabled or DiscordIntegrator plugin isn't working. If the latter, please contact a wiki administrator.

Before you get started, make sure to read the wiki rules and policies.

If you want to create your own Ranger, series, Zord, Megazord, weapon, or episode here is an easy way to get started.

If you need help you should speak to one of our admins who can help you in no time with setting up an account, creating a page, blog, or fourm, or getting onto chat. They can also help with banning people, fixing edits, deleting pages, or correcting anything.

If you're brand new make some edits to your user page to tell them what you like and who you are.

If you need to delete a page just post it the deletion page for an admin to remove.

This wiki is a place for Fan Fiction and not for canon (meaning official) series/weapons/characters unless you are using them in your series. If you want to add stuff about real episodes, series, characters, zords, etc from Power Rangers then go to RangerWiki, the official Power Rangers wiki and add them there; NOT here.