for every chapter finale: Carry On My Wayward Son 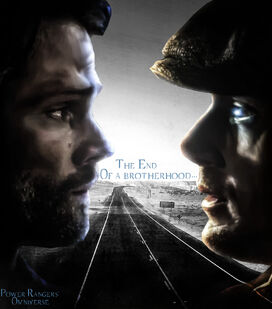 Here are details about the new chapter:

Power Rangers: Omniverse is a P.R. fanfic series written and created by TheMarkOfKurt. The series will contain elements from the TV series "Supernatural". Unlike other P.R./Sentai seasons, Omniverse will solely focus on two main characters as they journey through being as Rangers. There's no specific theme of Rangers in this series, as the protagonists are considered as "Legacy Rangers", wielding past Ranger powers. Omniverse will have a more mature tone towards the Power Ranger series while it takes place within the same canon Ranger/Sentai universe being as one. Consisting of dark fantasy and drama, it will have a realism take on situations of killing monsters, avoiding any "spectacle way" of defeating them. Most of the episodes are story-driven rather than having much big fight scenes, as they mostly occur during the finales or once in every other episode. For the most part of the series, the storylines will have heavy biblical influence. The lore about God, Heaven, angels, demons, Hell and other supernatural entities. But most importantly, it's about the two main Ranger protagonists; Hunter & Kurt, overcoming all the obstacles that are thrown in their way, no matter the difficulties and hardships they face, that their strong bond of brotherhood and friendship will always prevail against everything in their path.

The series will have a full run of 25 chapters total, with the 25th chapter serving as a conclusion arc that has connected the stories of all the past chapters. At the same time it will open up for a spin-off series that will include the title "Wayward Sisters", revolving two female leads who will have tie relations to one of the Ranger protagonists of the Omniverse series.

Here are the following planned future chapters that I'll be incorporating to the series while some of the latter chapters' titles (22-25) are still a working progress, they may change overtime but they're the definite ideas of stories that I'll be writing out for the series:

Chapter 1: "The Curse of the White Ranger"

(this chapter will soon undergo a full revision from each ep., as my writing back then wasn't as good as it is now. Chpt2 is where the journey begins for the main characters.)

Chapter 2: "The Hunt for Yellow-Eyes Pt1"

Chapter 3: "The Hunt for Yellow-Eyes Pt2"

Chapter 5: "The Apocalypse and the Rise of Lucifer"

Chapter 8: "The Trials of God" 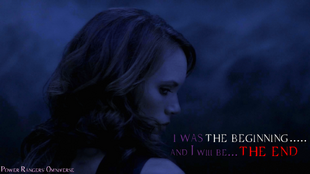 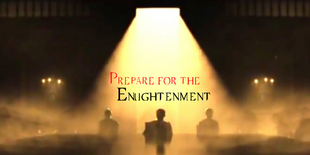 Chapter 14: "The Invasion of the Celestials" 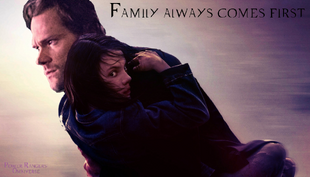 The Kingdom of Heaven

The Demonic Forces of Hell

Timeline of the Series