Aquamarine was originally the Aqua Gemstone, and possesses the power to repel Larine's curses. After being cured from Larine's venom and becoming a Gemzord, Aquamarine can move at incredible speed, land-swim through solid matter, utilizing the search sonar ability, and fire cyan laser beams from its yellow eyes.

Besides its train and stone modes, Aquamarine has three additional modes which involve his components separating into weapon forms: 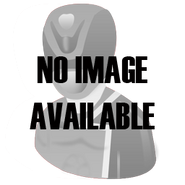 Blaster Mode
Add a photo to this gallery

Gemstone Mode
Add a photo to this gallery

Tidal Guardian Megazord is the second version of the Void Guardian Megazord. This version retains and enhances the original's extreme speed and strength, can be utilized for underwater combat, and negates the need for Machine Onyx when the zord is required. It can execute the Jaws Attack energy punch with the right arm, fire the Tidal Beam water stream with the turbine on the left arm, and the Tornado Storm where Tidal Guardian Megazord transforms into Tidal Guardianzord underwater and spins around the Gigabeast tornado-style while delivering powerful slashes with its head fin.

Its finisher is the Tidal Guardian Hydro Blast, where Tidal Guardian Megazord charges the aqua crystals on its arms and legs with water energy before firing four water streams that fuse into one stream, taking the form of a shark, that pierces the Gigabeast to destroy it.

Tidal Guardianzord is the combined form taken when Graphite latches onto Aquamarine in order to combine into Tidal Guardian Megazord.

Retrieved from "https://powerrangersfanon.fandom.com/wiki/Machine_Aquamarine?oldid=494282"
Community content is available under CC-BY-SA unless otherwise noted.